Built in 1755, Prince George’s Chapel has its beginnings as an Anglican chapel-of-ease, serving the northern outlying area of Worcester Parish, Maryland. During the reorganization of the Episcopal Church following the American Revolution, the chapel became an independent parish church in the diocese of Delaware. Deeded to the State of Delaware in 1967, it was restored and reopened as a museum, administered by the State.

The Chapel’s most striking feature is its graceful barrel-vaulted ceiling of natural, unadorned heart of pine planks. The nave section remains as the original 18th century portion, while the east transept end with its great window and octagonal high pulpit has been reconstructed.

The state of Delaware, the Town of Dagsboro and the Friends of Prince George’s Chapel have a lease agreement; the Friends operate and administer the chapel.
The chapel is available for a fee for special events, such as a wedding and religious services, that are consistent with its historical character. For more information or tours, please call Brian Baull, President at (302) 604-8372.

Holding On to a Historic Landmark – Prince George’s Chapel Article

Current Officers for the Friends of Prince George’s Chapel:

The Friends of Prince George’s Chapel meetings are now being held at the Chapel on a semi-monthly basis, when notified.  To find out when the next meeting will be held, call Brian Baull, President at (302) 604-8372. 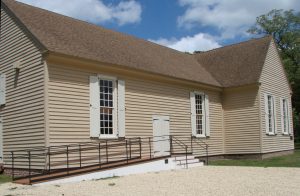 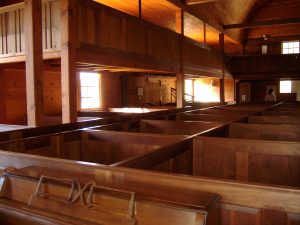 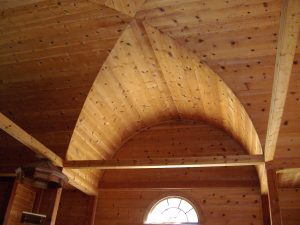 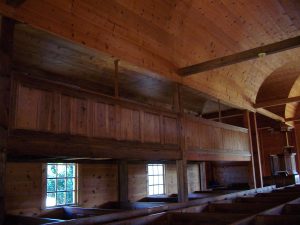 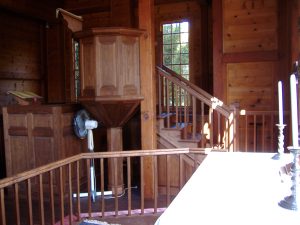