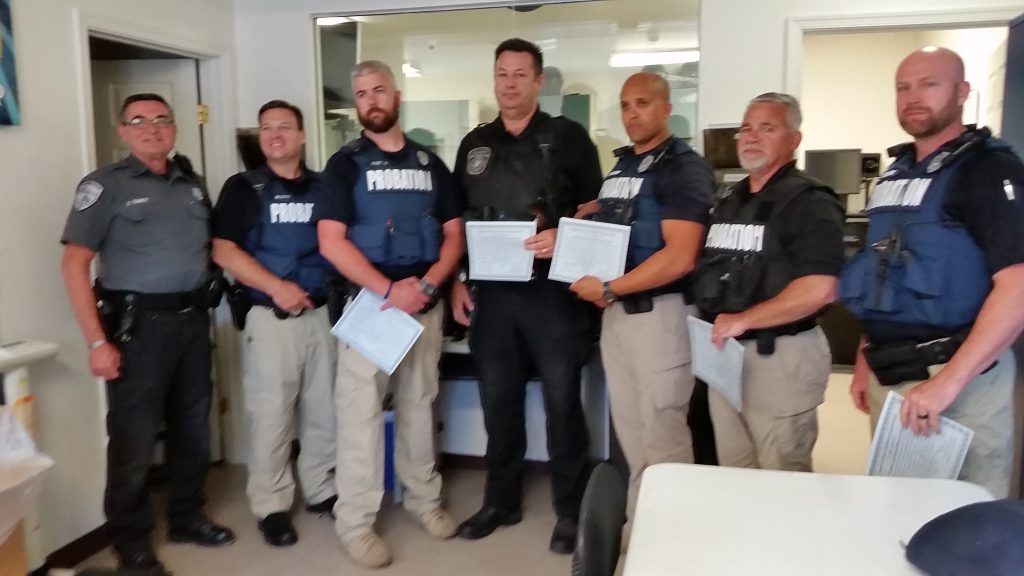 On 6/27/2017, officers from the Sussex County Office of Probation and Parole were awarded certificates of appreciation for their efforts in assisting the Dagsboro Police Department and Delaware State Police in a joint arrest operation. Pictured above are: Chief Toomey, Keith Clausen, David Pusey, Eric Eldridge, Adam Hibbitt, Shane McCarty and Hans Mulford.

The certificates presented read, as follows, “For your efforts in support of the Dagsboro Police Department on March 17th 2017. During an unpredictable and perilous encounter with a frantic individual whose flight from justice and on-going felonious conduct had exceeded two years, you took the initiative to respond with Delaware State Troopers and Dagsboro Police Officers in order to seek out and seize this known Criminal. Your actions resulted in the apprehension and successful warrant execution of a Public Threat. For your actions, courage and professionalism you are hereby awarded this Certificate of Appreciation. Your deeds are in keeping with the finest of Law Enforcement traditions and reflect honorably upon yourself and the Delaware Department of Corrections Bureau of Community Corrections.”